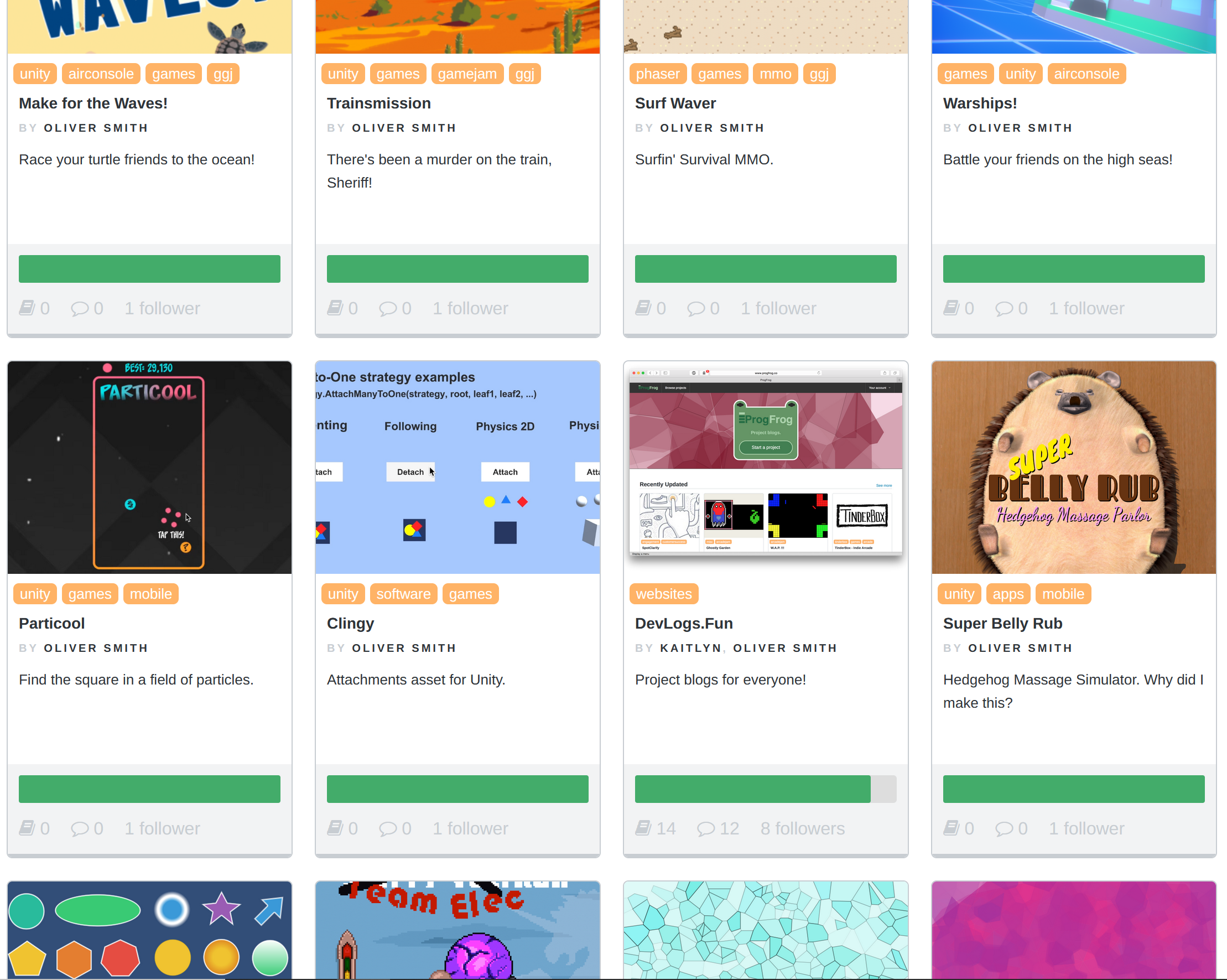 Project blogs for everyone!

SSL, updated project cards and we are spammers now

Progress Made is now being served over SSL, so that's nice. I just made the whole thing SSL rather than just the sign-in. I'm not actually sure why everyone doesn't do that since it's easy and prevents session hijacking. Maybe it's a cosmetic thing?

I also updated the project cards on the browse page. They look more like Kickstarter project cards now, but it was just bugging me before when they weren't all the same size and the bottom of the page would get all erratic and uneven. Now everything is neat. It's not done yet; I still want to put some more useful information in there like an updated timestamp, and I also want to make the progress bars more obvious.

I also put in generated images for when there's no project image. I would rather people provide their own project images, but having a default image made it possible to make the project cards all the same size (previously, projects without images had smaller cards). The images are stored on Amazon S3 which was really a breeze to get set up, so that was nice for a change. It was pretty hard to get SciPy installed on Heroku because pip couldn't figure out how to install it and NumPy together (the solution was this custom buildpack).

And finally, Google routes every automated email from progressmade.co into spam! I have no idea why that's happening since they are the exact same emails that used to come from devlogs.io. Hopefully after a few people click "Not Spam" it will stop happening, so please look out for that if you get a chance.