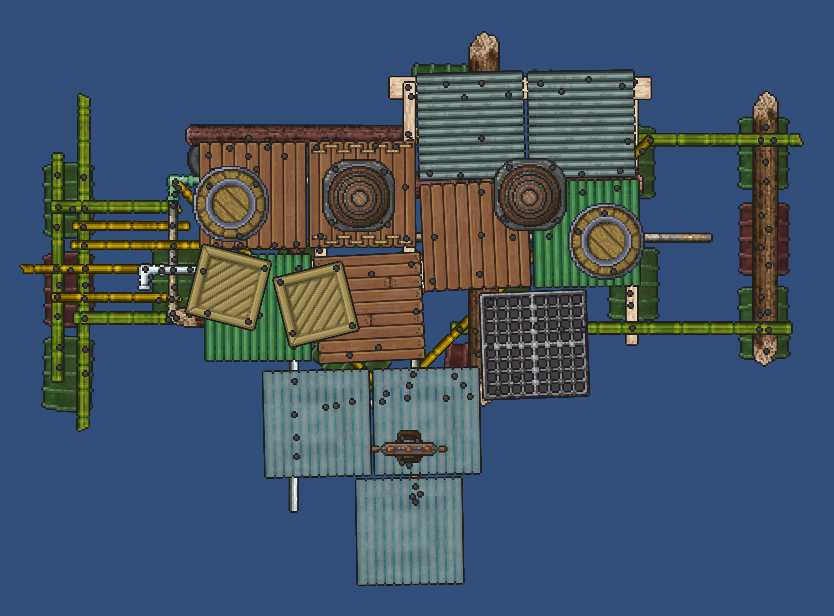 That .gif actually represents a pretty considerable amount of work. I rewrote the raft attachment code from scratch because the physics-based implementation was not working well - Unity's hinge joints act kind of like rubber bands instead of being mostly rigid like I was hoping. Now I'm using parenting to stick things together and the raft acts as one whole rigid body. Also, the propellors don't actually have to be in the water to work. :P

Player movement is like Hotline Miami right now (always facing the mouse), but that could change in the future. I tried to make things flexible since you're in cramped quarters - your player slides along edges when possible rather than stopping. The player stays on the raft essentially by checking the projected next position and making sure it's a walkable surface. I tried a few other things first, like creating invisible physics walls around platforms and making platforms into trigger areas that Unity understands, but neither of those solutions was straightforward. It would not surprise me if I end up rewriting the character movement completely at some point though.

Jack has also been doing a ton of work creating new assets, including a bunch of character work which I'm pretty excited about. We're going to have a ton of different combinations of NPC types from the looks of it. Here's a palette he's working on too, apparently based on Goethe's color wheel, which I had not heard of: 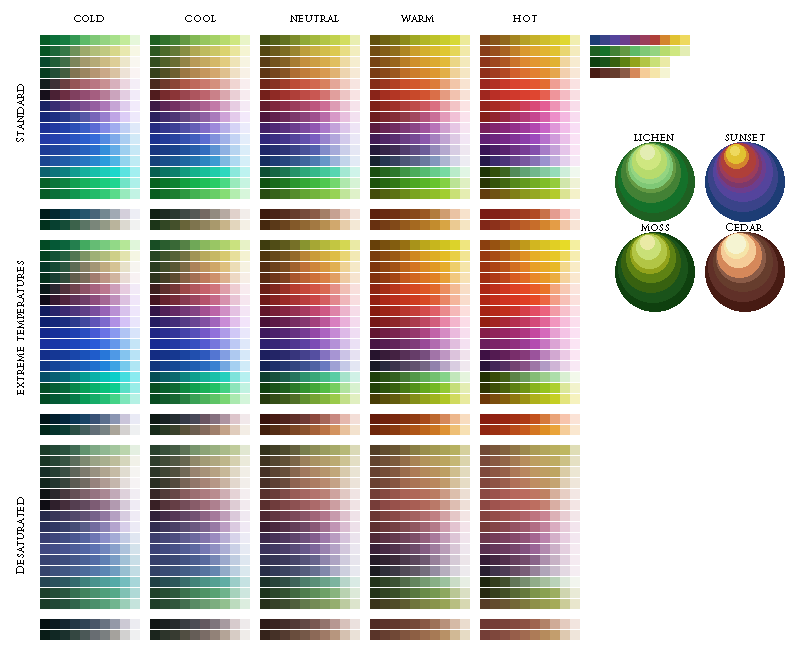