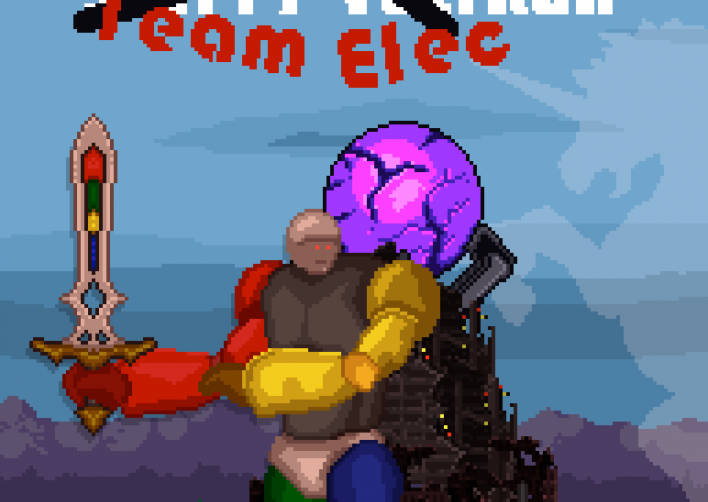 Our Global Game Jam 2015 game! 4-Player QWOPerative, save the day before the city is destroyed (by you)!

Each player controls one limb, QWOP-style. The goal is to get to your Sword of Power and then strike the evil Ziggubot's vulnerable energy orb before it (or you) destroys the city.

We had an awesome time at the Portland game jam, PIGSquad did a great job organizing things and I was impressed with what people were able to get done in 48 hours. PLUS I won a Unity pro license in the raffle which was totally unexpected but very appreciated! Thanks Unity!

If you want to try the game out, you can download it here (updated slightly from our GGJ version). You'll need 4 XBox controllers though (or at least one to even get into the game).