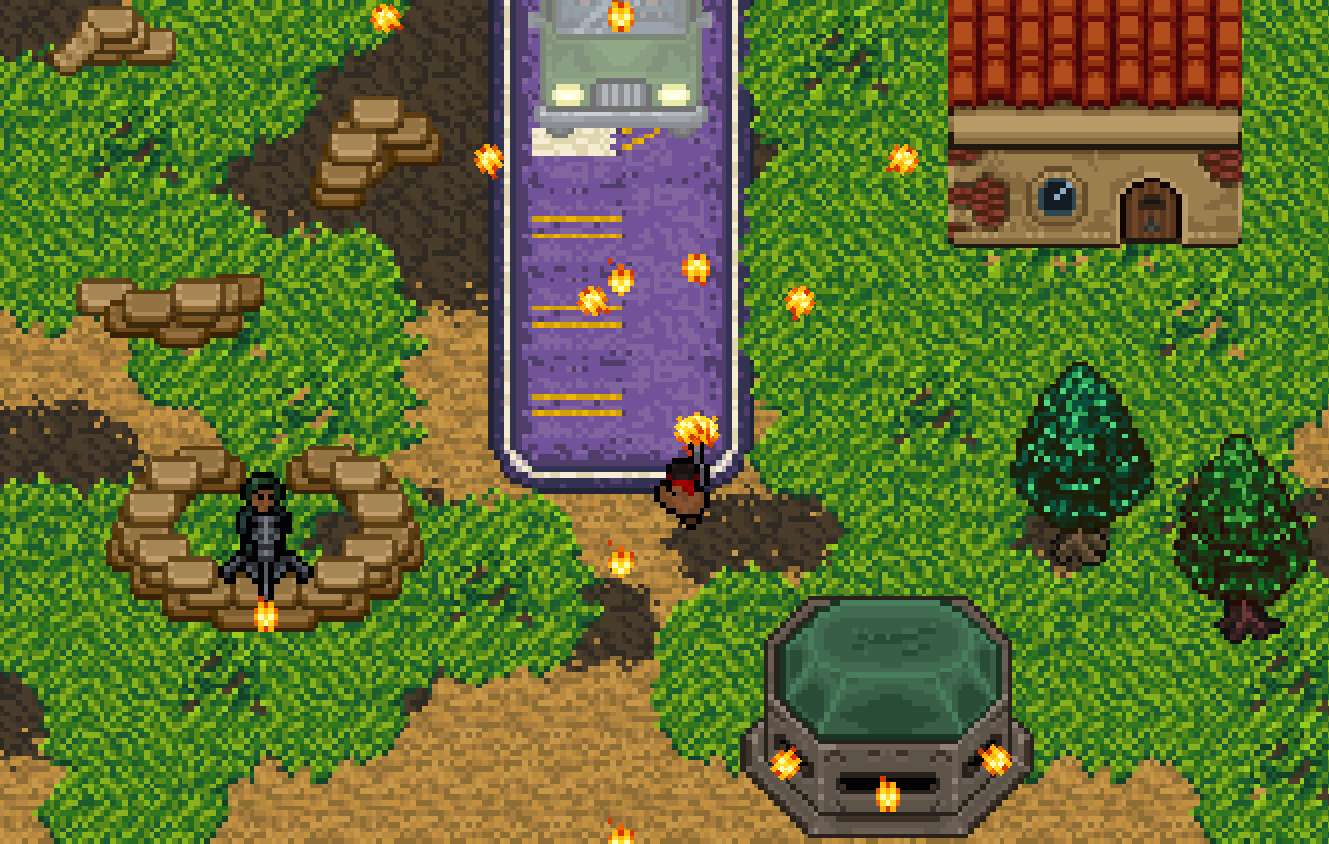 Getting back to basics.

After our global game jam experience, Jack and I got excited to make a few small mobile games before getting back to the big ambitious one. This is just for fun...not sure if we'll finish it or not but it feels good to just hammer some stuff out really quickly. Jack is super fast at making awesome-looking retro pixel graphics.

Currently using UTiled (which is a Tiled to Unity converter). With Unity I always seem to have frustrating problems getting seemingly simple 2D things to work decently without a bunch of tweaks. In this case, tilemaps don't seem to be a solved problem even with Unity Pro - you'll either need to buy something on the Asset Store (which is always risky - I've bought a bunch of things by now and I don't think I've ended up really using any of them due to various problems), find something for free (usually poorly documented and in some state of half-completion), or write your own (taking longer than you want to spend on a simple game).

UTiled has done a pretty good job so far although it doesn't do animated tiles, so to animate our river we'll have to do something custom. Also, out of the box I got visible seams between tiles - I had to edit the code to make the UVs a tiny bit inside the actual tiles (the seams come from pixels just slightly outside of the tiles being occasionally drawn, probably due to floating point inaccuracy). This seems to be a persistent problem with Unity. Then, to get crisp retro pixels, make sure "pixel snap" is OFF on the map layer materials, round the camera position to the nearest pixel using something like this and make sure antialiasing is turned off in the quality settings. At some point I'd like to test out 2D-dedicated engines like GameMaker and see if this kind of thing is less of a problem.

On a more positive Unity note, the Unity Remote iOS app that lets you stream your game's video to your phone without having to go through XCode is a really cool solution. I can use my phone's accelerometer to control the game in Unity itself without having to do a proper phone build.