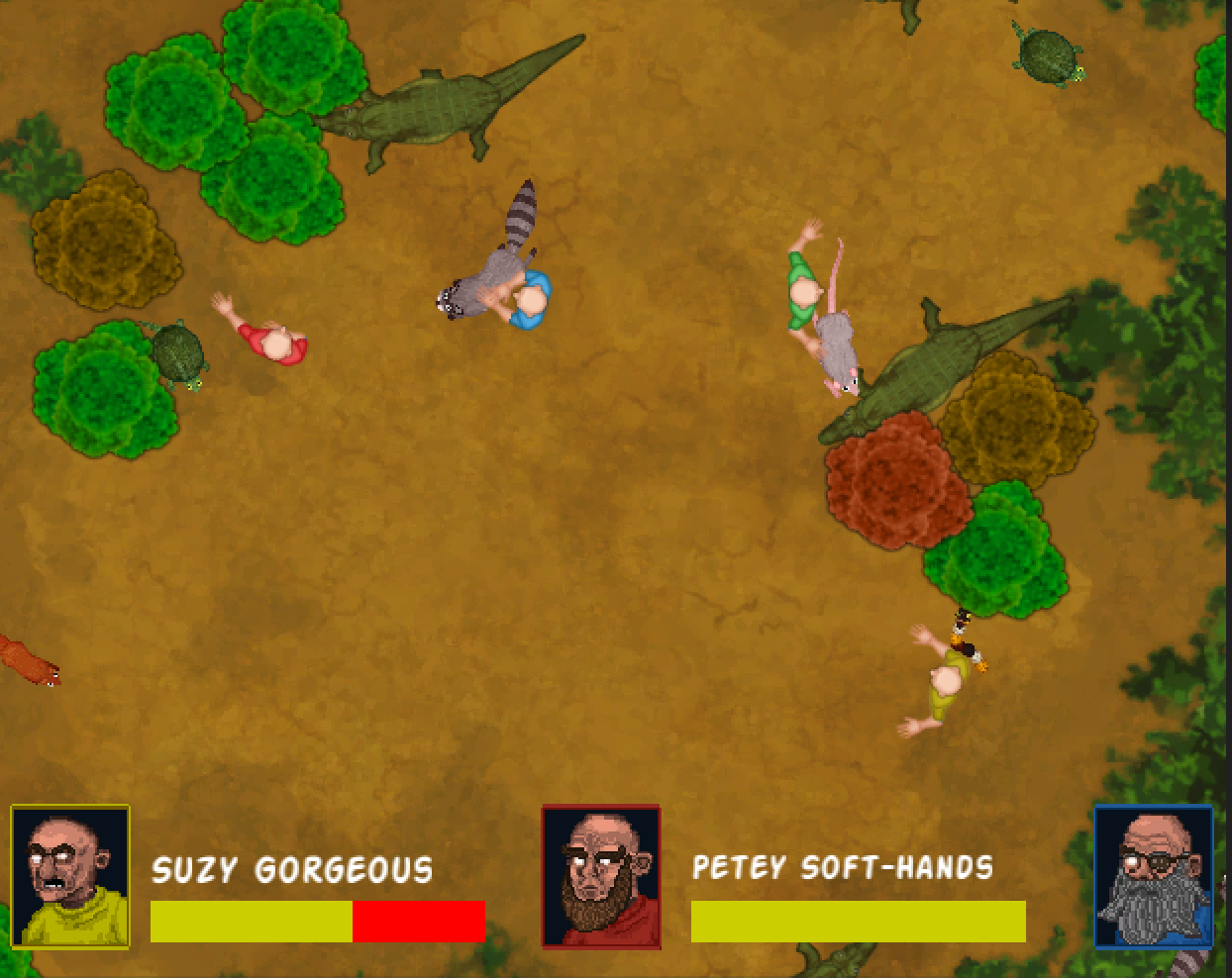 In this game you attempt to coerce animals into mauling your friends. We (well, I) had a lot of problems getting the physics to work consistently (Unity needs a 2D revolute joint) so it was not as finished as we would have liked, but still a fun time. It sucks when you're so busy trying to get your game workable that you don't get to see what anybody else did! Urban Airship hosted PIGSquad's chapter of the April 2015 Ludum Dare jam - the theme was "An Unconventional Weapon".