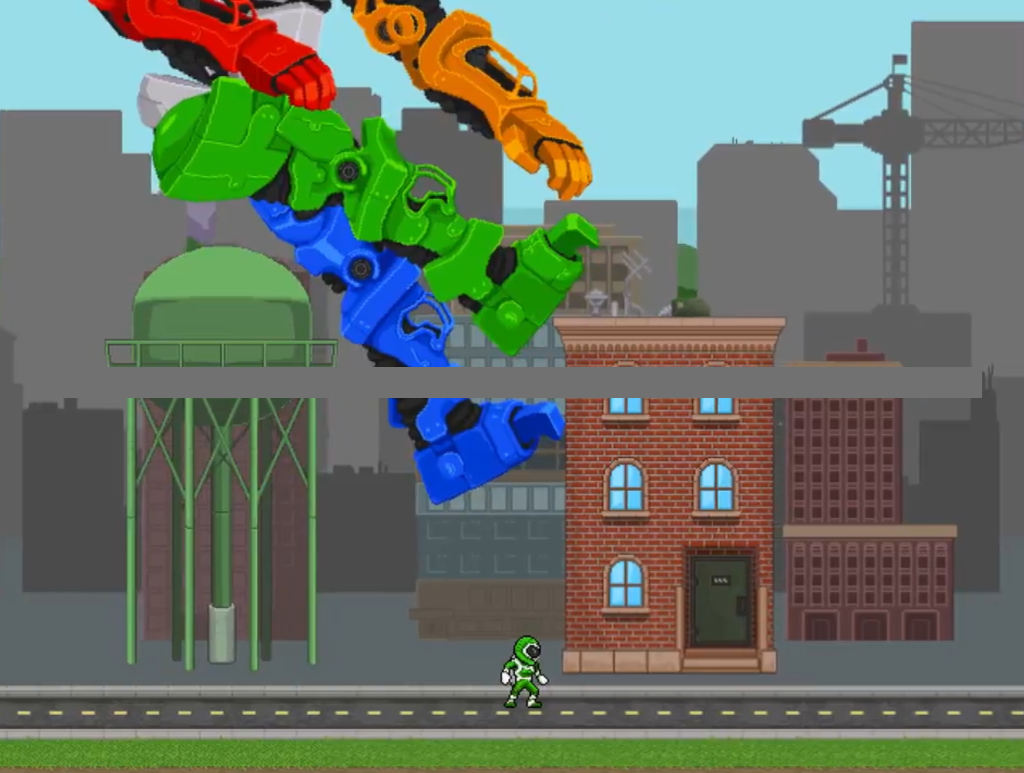 Since everyone seemed to like our gamejam game Shitty Voltron, at some point Jack and I were exploring if we could make it into a bigger thing. We had some interesting ideas like low-gravity levels, laser guns, asteroid fights, and side-scrolling sections where each player is a little astronaut that can get in and out of the Voltron parts, so you only come together as Voltron for big end-of-level setpieces. There was some idea of a story too...I think after the events of the first game, Voltron gets fired from his job as protector of Earth and has to go find a job on another planet. In the intro/tutorial part, Voltron is supposed to spring into action from his hangar, but all the robot parts that are supposed to assemble him break, so it's a whole thing just to get him out the hangar door (which is too small).

The whole thing was a bit over-indulgent and the game was probably better just being left as a small gamejam thing, but I thought there were some fun ideas in there. I tanked the whole project because I got annoyed with having to rewrite the Voltron-assembly code over and over when requirements kept changing, and started writing Clingy to solve the problem, and that ended up being a big time sink in of itself.

Anyway, check the log for a bunch of prototype videos from this whole thing.