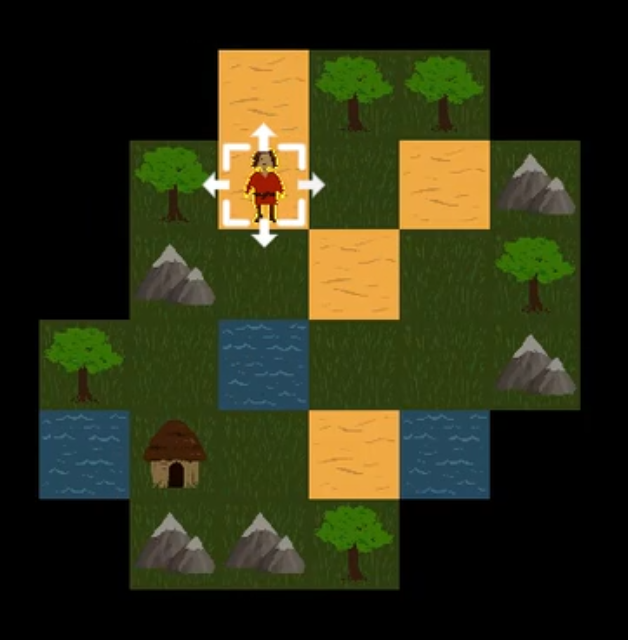 A tragic mistake causes the world to be magically scrambled. Can you rebuild and repair?

I have big plans for this one, although I'm not sure when I'll have time to work on it. This was a little Ludum Dare game that came out of our team's disastrous failure to get on the same wavelength. Nobody could agree on what project to work on, until finally we all just started doing our own thing. Incidentally, Ryan started making the game that eventually turned into Wildfire Swap, so that jam did end up being pretty productive for at least one of us.

My idea here is a tiled, JRPG-style world that has literally been scrambled up randomly because of a mistake you, a magician-in-training, made. Just walking around means shifting tiles around, until you naturally build up roads just by walking the same routes multiple times. When you find the remains of villages, it's your job to reassemble the houses based on how the villagers describe them. When you get them in the right configuration, they become active; for instance the blacksmith starts being able to sell you weapons and armor. In general, you get blueprints that, if you can assemble tiles in the right configuration, can turn into things in the world, like dungeon entrances or healing fountains. The villagers all resent you for ruining their world, and you have to earn their forgiveness by helping them out.

Hopefully one day I'll be able to work on this! Here's the simple one-day gamejam prototype, with art by my friend Lia. This doesn't really resemble my current vision for the game, but I like the vibe of it anyway.