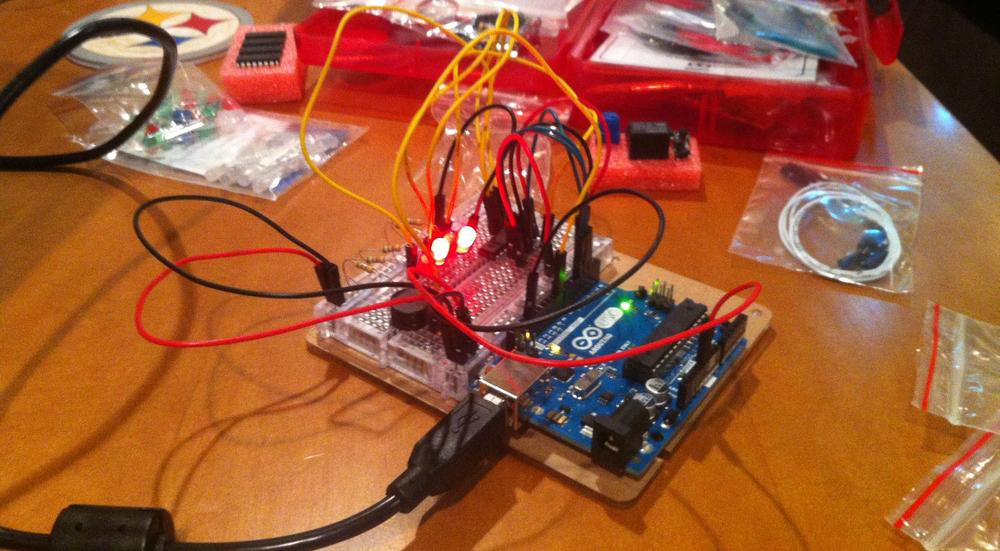 Putting LEDs on my guitar's fretboard.

A month or two ago I got excited about the idea of putting LEDs into my guitar fretboard. I think it would make practicing effortless if I could see the scales at my fingertips, and cycle through scales on an interval since I get stuck on one chord a lot (GROKTAR can sort of do that but it's not good enough!). Or maybe I just want to do a fun project that is not 100% software-based. 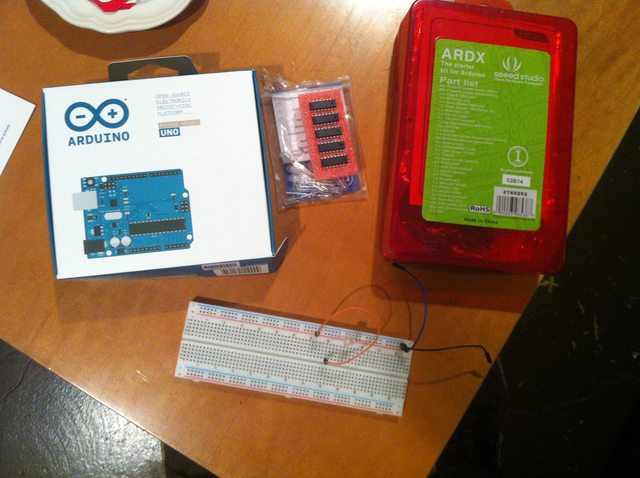 My electrical engineer dad was in town this weekend so he helped me get set up with a new Arduino. We used a shift register to cycle through some LEDs. I pretty much live in software town so even simple circuits are magic to me. Arduino makes everything so easy though. 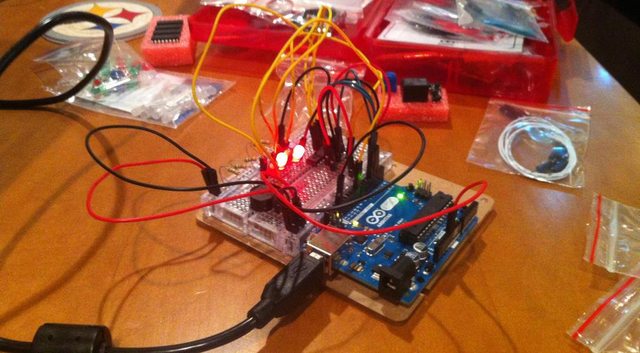 The plan for this project is to daisy chain shift registers so just a few outputs can control a ton of LEDs. It's going to be a lot of wiring, which is hurdle number one.

The real challenge, though, is going to be getting the lights onto the actual guitar. I've seen other projects where people have removed the fretboard, drilled holes in it, and replaced it, so that's an option but I think I'll probably ruin my guitar in the process. First I want to try my dad's idea, which is 3D-printing a thin layer that can be placed on top of the fretboard (and raising the strings slightly).

This is a long-term spare-time project, but hopefully I'll get some time here and there to work on it. Here's the victim: a Hondo II "Professional" electric guitar. 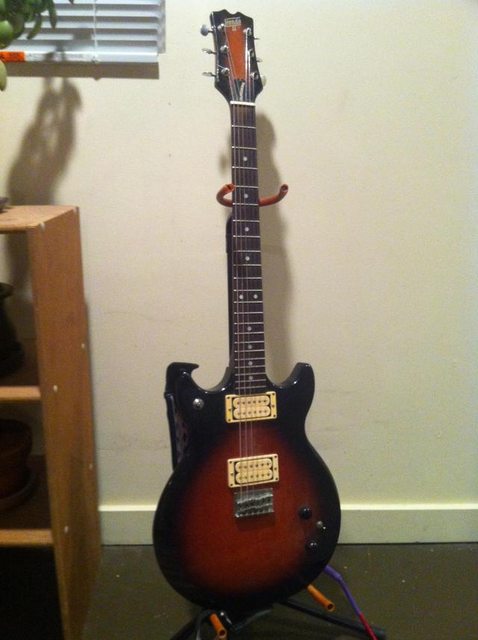